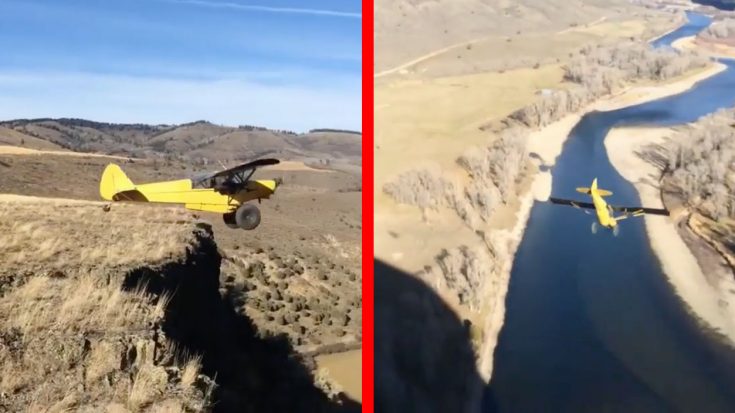 That’s One Way Of Doing It.

Bush pilots are incredible, fearless and sometimes do questionable things. Take this video for example. Although we’re pretty sure he knew what he was doing, some crazy calculations had to be made to make sure, you know, “lift” happened. Especially because his “buddy” was right there filming him go for an all or nothing takeoff.

What you’ll be seeing here is a Cub, which exact version we’re not sure but probably a Legend, literally roll up to a cliff and go nose down off of it. For a second there, it’ll look like the guy and plane are goners, but apparently not. Take a look for yourself. It’s really quite scary.