Plane Drops 11,000 Gallons Of Water On Fire, And Guy, and Cameraman 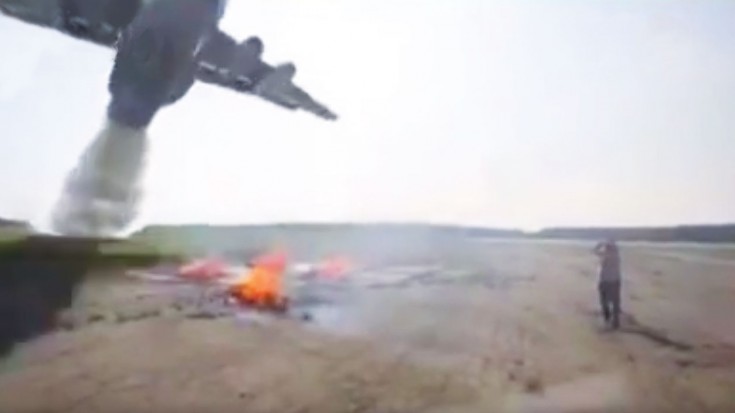 Honestly, We Have No Idea How This Happened.

Sometimes you just stumble across a video when you get stuck on the internet for hours and you just can’t believe what you’re seeing. This just happened to us, and we definitely want to share it with you guys.

Where to even begin? So, there is a small fire on the ground. It’s the size of three or four small campfires let’s say. Next to them is a man who’s casually standing there, seemingly minding his own business. Then, something mind-blowing happens.

A jet comes out of nowhere and you quickly find out it’s a firefighting plane. This is clearly demonstrated as it drops a massive amount of water on the tiny fire and of course, the guy just standing there. Even the cameraman got a bit wet as you can imagine.

So what the heck happened here? We seriously have no idea. It seems that this was planned of course, but how in the world do you orchestrate putting out a tiny fire with a jet filled with thousands of gallons of water?

It’s just a bit too much, don’t you think? Besides, we still have a ton of questions. Did the guy and the cameraman know what was coming to put out the fire? Because if they did, they should have stayed farther away. At least that’s what we’d do! From the looks of it, they didn’t just get wet but they almost got carried away! It doesn’t really make that much sense, to be honest.

Anyway, we hope you enjoyed this weird video. It’s also important to note that this is extremely dangerous as one gallon of water weighs over eight pounds. As you can imagine there was way more than a gallon there – there’s twenty thousand of it. Wow.