Planes And Ships Taking On The Imperial Army: Most Incredible Restored Footage 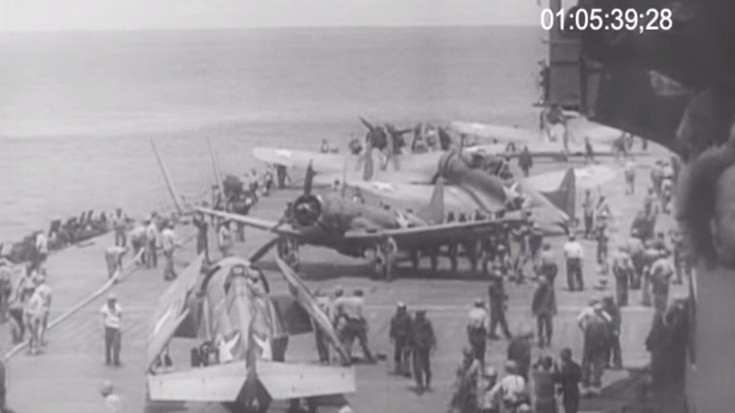 As Hectic And Loud As The Video Is, The Real Thing Must Have Been Hell

This authentic World War II footage shows an American battle force approaching their target in the South Pacific. Out of nowhere, all hell breaks loose. The battle ships surround the carrier to shield it from the incoming Imperial attack, allowing a squadron of fighter planes to take off. The sky is painted in cannon tracers as the Zeros come in to take out the planes on deck.

It’s almost impossible to put into words the chaos during the battle. Planes are trying to takeoff and land in the middle of heavy fire, just as the captain is turning the carrier to avoid fire. A pilot tries to land on the carrier but because of the evasive maneuvering, nearly bounces off the ship. The crew on deck scrambles to safety as battle ship cannons try to shield them from enemy fire. This is very intense footage and paints a very accurate picture of how intense sea and air battles really were.