“Platoon” Cast: Then and Now 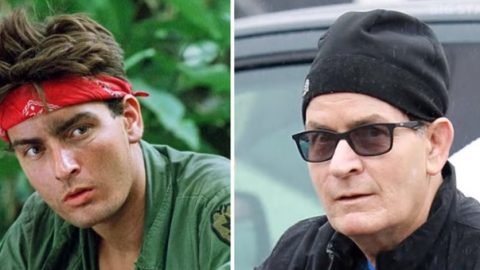 Where Are They Now

With a director well-versed in the happenings of the Vietnam War, “Platoon” held its own in box office numbers. Spearheaded by Vietnam War veteran Oliver Stone, he based the scenes of the movies on his experiences. Good writing can only carry you so much. The young and talented cast of “Platoon” helped this movie become one of the best war movies in the cinema.

Charlie Sheen, playing Chris Taylor, became one of the most highly-paid TV actors for his work in “Two and a Half Men”. He was diagnosed with HIV and is living a healthy life advocating for HIV prevention.

Playing the role of Sgt. Elias, Willem Defoe has starred in other movies since “Platoon”. One of his most notable roles was as the Green Goblin in Spider-Man, starring alongside Tobey Maguire.

A young Johnny Depp played Lerner in the film. Three years after the movie, he rose to prominence with his role in “21 Jump Street”. His work as Captain Jack Sparrow is his most famous role yet.

The likes of Forest Whitaker, Kevin Dillon, and John McGinley also had fruitful careers after the movie. Unfortunately, Francesco Quinn suffered a heart attack back in 2011 at the age of 48. He is survived by two children.