Polar Blast Freezes Thousands Of Flights Around U.S. And It’s Not Because Of The Planes 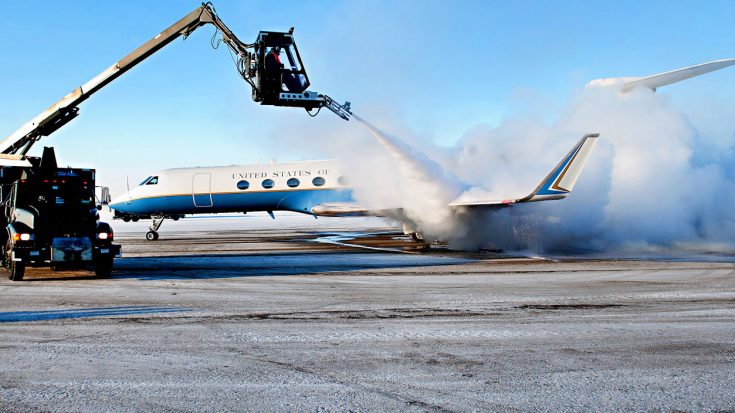 With temperatures in the midwest and east coast reaching nearly record-breaking lows, some counties are reporting -40 degrees Fahrenheit. Add to that winds of 30 mph in North Dakota for example, and the windchill factor makes the air feel like -75 degrees.

A record arctic air mass will remain over the central and eastern U.S. over the next several days. Wind chill values of 30 to 60 degrees below zero will be common across the northern Plains, Great Lakes, and upper Midwest.

Many people believe that the flights are grounded because aircraft are freezing, which is partially true. With snowfall and condensation, parked aircraft do tend to freeze, but de-icing crews make sure the aircraft is ready to go when it needs to.

It’s the crews that are the problem.

Many travelers forget that ground crews are exposed to the elements too. Marshallers, luggage handlers and the above mentioned de-icing crews are the ones outside making sure flights are operating smoothly. With such low temperatures, frostbite can set in in mere minutes, if not seconds in cases like North Dakota.

Visibility is a factor too, as strong winds whip up snow off the ground and make for dangerous conditions for both the pilots and everyone on the ground. You can see news coverage of this polar blast below.