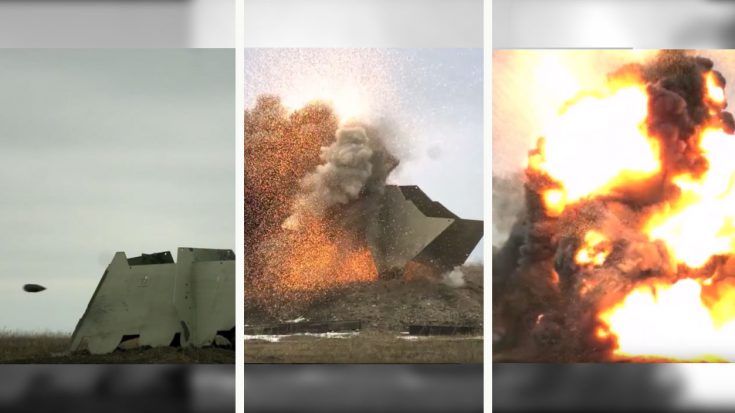 Each culture has their own take on artillery ranging from stationary, mobile weaponry and anti-air just to name a few. Not a whole lot out there that can take such high-powered blasts but it’s always fun to play around with just how powerful these weapons can be. The Canadian Military knows just powerful these weapons can be and uses them full force against heavy armored targets.

In this video, they test several artillery weapons against heavy armor and record the explosions in slow motion. Watch in awe as these blasts blossom from a single spark into a massive destructive fireball all captured in slow motion. So check out this clip where they feature artillery shells at 105mm and 155mm.