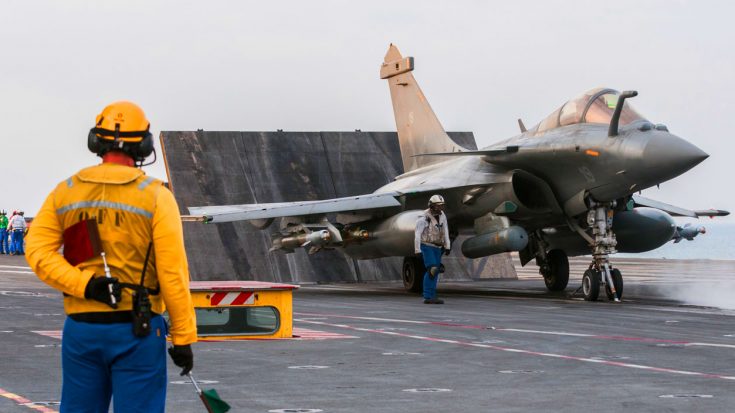 Saving the world is not an easy job but military units around the world give their all to combat terrorism. For the past two years, a coalition of over 30 nations has engaged ISIS forces in Operation Inherent Resolve. These countries may have their differences amongst each other but they can agree on uniting against terrorist activity.

Aircraft carriers in the Arabian Gulf dispatch fighters for reconnaissance and attack missions against ISIS-controlled areas. The aircraft carrier FS Charles de Gaulle has been leading attacks with their fighter jets since 2015 with their strike operations reporting to Commander U.S. Naval Forces Central Command.

“The carrier and embarked air wing, along with the other ships in her battle group, will support operations over Iraq and Syria. She will also provide a range of flexible and adaptable capabilities to perform theater security cooperation efforts and maritime security operations aimed at increasing the French Navy’s interoperability with allies in the region.”

Every little bit helps when it comes to thwarting the spread of chaos and this is where all the training pays off. Take a quick look aboard the deck of the FS Charles de Gaulle as they launch Rafale Marines and E-2C Hawkeyes into the heat of battle.