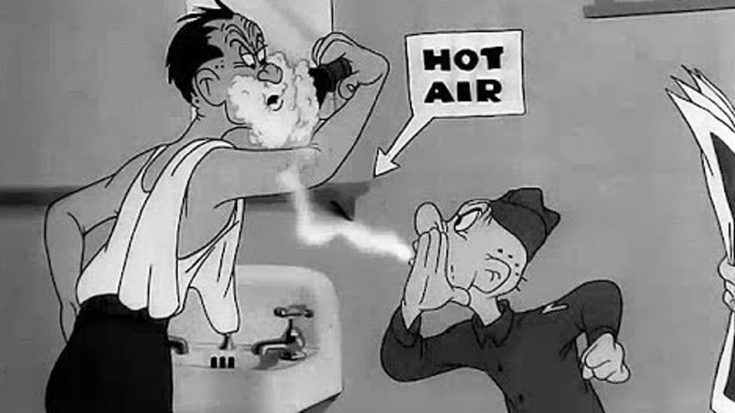 “Loose lips sink ships.” This phrase echoed very strongly during WWII because you never know when a spy could exploit sensitive information. Private Snafu was one of many cartoons produced during WWII for training purposes. Mainly these hilarious cartoons were used to demonstrate what not to do in certain situations and dealing with false information was one those subjects.

This Private Snafu cartoon titled “Rumors” shows just how false information can wreak havoc on morale and compromise everything the army stands for. You see a story of how a fake bombing starts to cause chaos among recruits and begins to spread like wildfire. A lie gets halfway around the training camp before the truth can even think about putting on its pants.

Private Snafu cartoons were made by Chuck Jones the legendary creator of Bugs Bunny and Theodore Giesel but you might know him better as Dr. Suess. They are always funny as hell and you just can’t get away with this kind of stuff anymore. Check this cartoon out and enjoy the hell out of it.