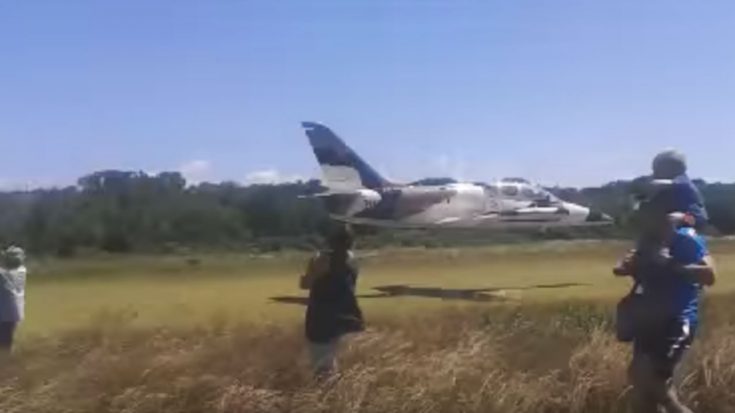 How Low Can You Go?

We haven’t seen many L-39 Albatross flybys on the web, but this one was just suggested to us in the related video category. Curious, we clicked on it and lo and behold, it was actually pretty epic.

The Aero L-39 Albatros was first introduced in 1972 and flew in the Chechoslovak Air Force. Almost 3,000 of them were produced until 1996.

Not only is it a neat plane, the flyby was unlike anyone we’ve ever seen. It was extremely low (probably 10 feet or so off the ground), but also really slow. Typically when we see flybys, they’re super fast. You see a dot in the distance and next thing you know it’s over. In this video you can read the numbers on the fuselage, that’s how slow it was going.

Funny enough, the title of the video on YouTube is “Awesome MIG Flyby,” but hey, everyone makes mistakes sometimes. We’re just glad this guy got this flyby on camera because it’s one of the neatest ones we’ve seen in a while.