Probably One Of The Craziest/Stupidest Flybys Ever Recorded 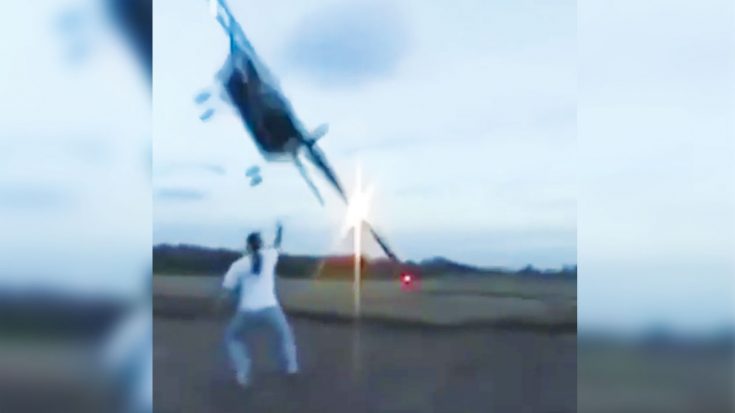 Stupid Is As Stupid Does.

They say it takes two to tango, but it took three insane people to make this video. The pilot’s insane for flying that low while banking over what sounded like a few people. The camera person who just stood there and didn’t budge is also a nut and lastly the guy that jumps into frame last minute and with a deathwish.

Listen, we get it. A good time is a good time and we’ve got to admit that a lot of us here are adrenaline junkies. From skydiving to downhill biking, if it gets our heart pumping we do it even though we think we’re way too old for those shenanigans. This however, is something else.

It pretty much goes down like this. You’ve got some music and laughter in the background. It’s dusk, people are having fun. Drinking seems to be involved too, because that’s the only explanation we could think of.

Gotta hand it to him though. Crazy or stupid or whatever, that guy had no fear. And he looked good doing it with his arm up like that.