Propeller Breaks Off During Flight 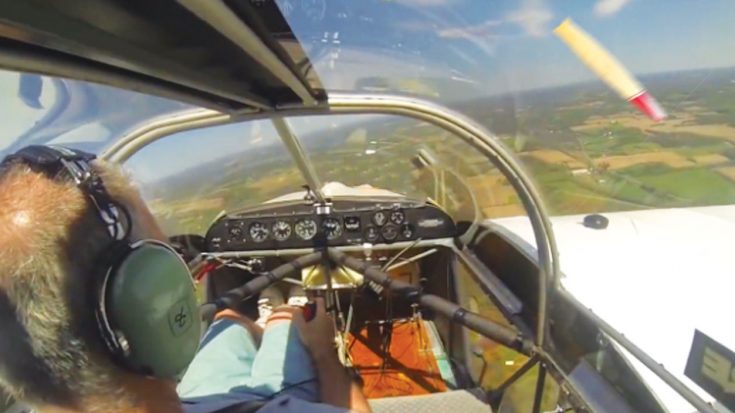 Pretty Sure He’s Done That Before.

Most of you know this, but we’re going to say it anyway for those of you who don’t really know much about aviation. Planes glide. Yup, even without power (be it a prop or a jet), if a plane has enough speed and altitude, it can glide to safety if a runway is available within an attainable distance.

We’re not saying that it’s not a stressful situation though. After an incident like that, you do lose some of your control surfaces. Also, you have only one shot a setting your bird down, so you better make it count.

This is exactly what happened in this video.

Mark Penell, the man you’ll be seeing in this video, took out his Rans S-10 out for a flight a few days ago. A single-engined plane designed for aerobatics, this is a plane you can built by yourself out of a kit. Now, we’re not sure whether or not he did so and that was the problem, but either way he was in for a wild ride that day.

While giving his plane a bit more thrust mid-flight, you can hear his engine rev up pretty violently and next thing you know, the prop just breaks off. Boom, gone.

Although we don’t know Mark, it seems like he’s a well trained and seasoned pilot. There was no panic in his movements and he did everything by the book. Cool and composed, he banked his plane towards the runway and set his plane down. It was quite bumpy and our hands sweat for a bit, but hey, it was a good day as he walked away from this.