Putting A Ball Turret To The Test 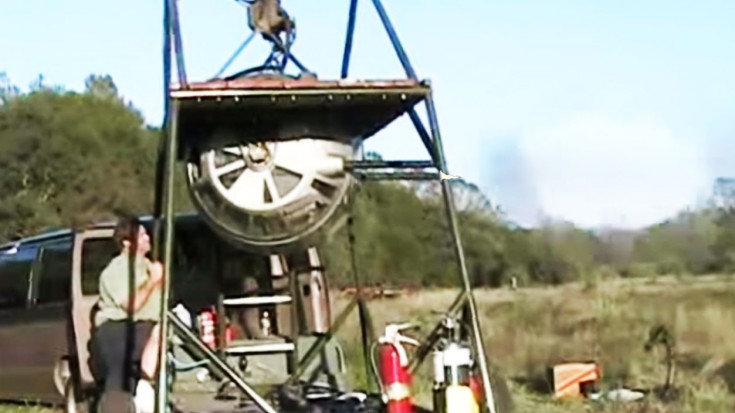 In 2006, PBS premiered a new documentary show that showcased many of the world’s aircraft. The idea was to show the evolution of aviation from the crude, wooden skeletons that first took off the ground to the multi-million dollar supersonic weapons they are today. During one of the episodes, we got to what could be considered the midway point of aviation history. No longer wooden and exposed and just before the dawn of the jet age, World War II planes were given an in-depth overview.

The ball turret position was extremely cramped, allowing for only the smallest crew member to man it. Usually, they were not even given a parachute as there was simply not enough space.

As you’ll see in this video clip, the crew from the show got their hands on a ball turret from the Stockton Field Aviation Museum in California. Not only that, this turret is fully functional, something they definitely tested for your viewing pleasure. Mounted on a special rig, they drove out to a secluded location and let those two 50 caliber machine guns rip. Enjoy!