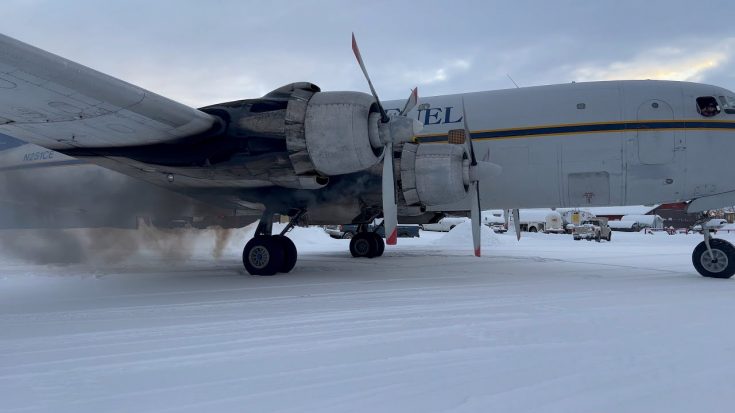 Everts Air’s McDonnel Douglas DC-6 shows off its wear and tear while starting up its two Pratt & Whitney R-2800 engines. Its Double Wasp engines are each rated at 2,500 horsepower, allowing the airliner to cruise at 311 mph.

This piston-powered airliner was originally intended for military transport during WWII. However, it was later redesigned to compete with the Lockheed Constellation in hopes of penetrating the long-range commercial transport market.

Though its first flight dates back to 1946, the DC-6 is still utilized in cargo, military, and firefighting roles today. So far, Everts Air Cargo and its sister company, Everts Air Fuel, are the main operators of the aircraft, with more than ten DC-6s in their roster.