Here Are All The Times R. Lee Ermey Made Us Laugh 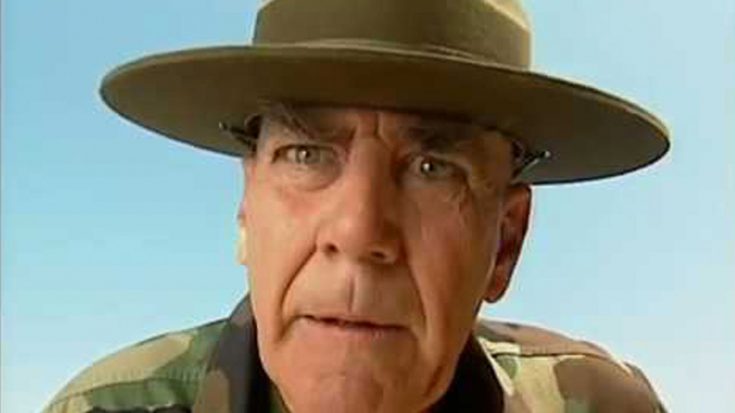 On April 15th, 2018, we lost a legendary marine, R. Lee Ermey, at the age of 75. He served valiantly as a drill instructor for 11 years including over a year in Vietnam, his film star future shaped by his experiences.

It took over 7 months to finally put him in his final resting place, a spot he definitely deserved. Arlington Cemetery in Virginia is sacred ground for our military, a place full of honor and respect. To read the full article and see the burial ceremony, click here.

Ermey is not only known for his service, however. He became an actor, production advisor and T.V. host which all played into his time as a Marine Drill Instructor. One of such shows was Mail Call.

Airing from 2002 to 2009, this History Channel program addressed questions from viewers about anything that had to do with the military. It was very educational but also colorful as R. Lee Ermey’s personality shone right through the camera lens.

Not all things went according to plan during filming as you may imagine. When Lee made a mistake, he typically made some observations that were not suitable for television and these “blooper reels” eventually made their way into a full DVD special called Mail Call” S.N.A.F.U.

Ermey being Ermey said some funny stuff that you could only expect from a Marine so for your viewing pleasure, let’s revisit some of those mistakes and remember him for the great man that he was.