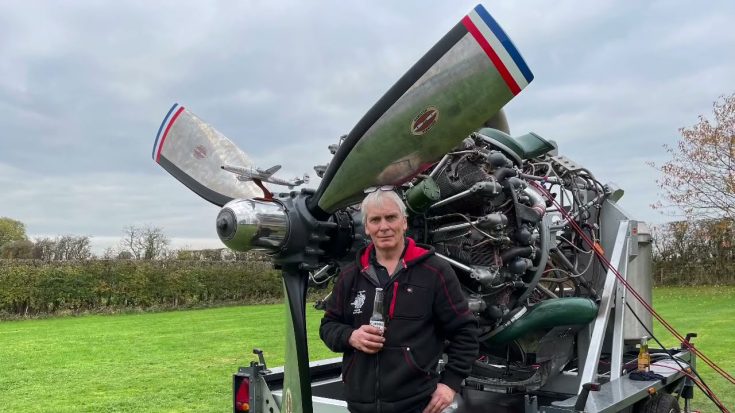 This massive twin-row, 18-cylinder radial engine successfully started after half a century of waiting. Wright R-3350s measure 76in in length and 56in in diameter and can output 2,200hp at 2,800rpm.

The engine featured in the video last powered a Lockheed Constellation called “Cago Coutinho” in the 1960s. It was later impounded and abandoned in 1972 before it was converted into a restaurant/bar in 1974.

After the restaurant closed in 1988, the aircraft was abandoned until a group of vandals burned the plane in 1997. Luckily, the Malta Aviation Museum purchased the remaining wings, undercarriage, and engines.

Just last year, one of Cago Coutinho’s engines roared again after 53 years of slumber. If it sounds as good as this with just one engine, imagine four of them in one plane!