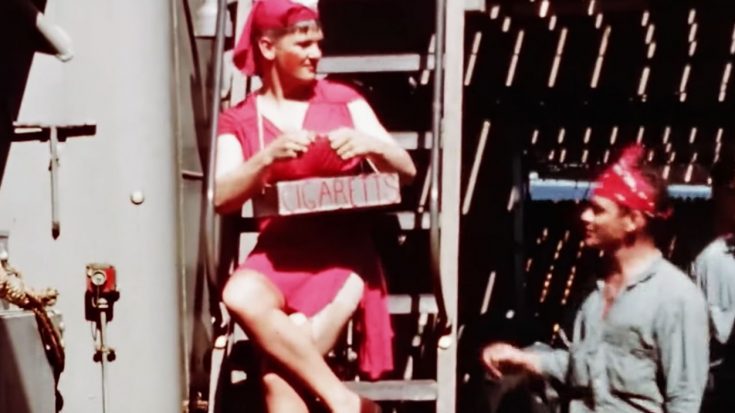 Hazing rituals are not a new thing although they’ve been blasted in the news recently for one reason or another. Especially in the armed forces, these rituals help soldiers make bonds which as you can imagine (even if you’ve never served) are extremely important. You’re going to be spending years with these men and women and depending on them for your own survival, so these types of activities definitely promote cohesion.

Hazing is seen in many different types of social groups, including gangs, sports teams, schools, military units, and fraternities and sororities.

What we’ve never seen, and we’re talking about ourselves here at World War Wings, are those shenanigans happening during World War II. Lo and behold, the Smithsonian Channel uploaded just that footage from a Navy ship heading out to fight in World War II. Not only that, the footage was restored in color so you really get a behind the scenes look at the lives of those young men that many have never seen before.

The bittersweet part of this video is the fact that you get to see these 17-20 year-olds having fun before seeing some of the most horrific fighting the world has ever seen. It’s just nice to see that they at least got to laugh a bit together before that happened and as we all know, many of them never made it back home alive.