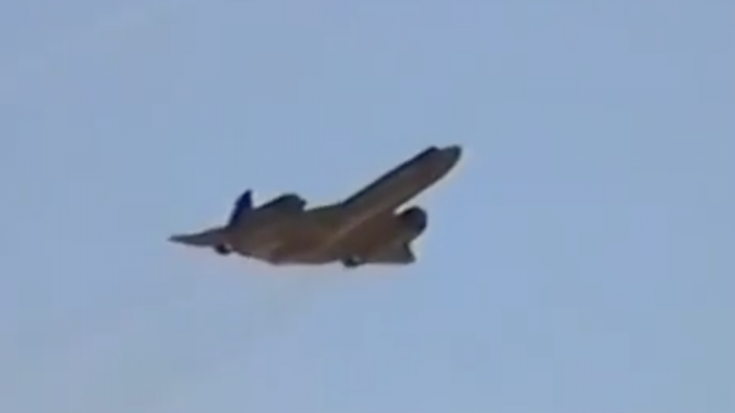 The SR-71 Blackbird is a jet that still captures the attention of countless people more than 50 years after its debut. There is so much about this plane that remains a mystery due to the secrets surrounding its development. It has been retired for roughly 20 years there are those rare moments when the Blackbird was captured in its full glory.

The speed is the defining feature most closely associated with the Blackbird, able to reach speeds exceeding Mach 3.2 with its powerful ramjet engines. There were hundreds of attempts by fighters and surface-to-air missiles to shoot down the SR-71 but they simply couldn’t keep up with its speed.

The SR-71’s stealth is also a defining feature of the aircraft, the details of its material still remain classified to this day. Its skin absorbs even the most advanced radar, yet survives the intense friction and heat traveling at speeds of Mach 3.2 that would melt just about any other aircraft.

Ultimately, it became too costly to operate reconnaissance missions with the Blackbird and it was retired in 1998 in favor of cheaper satellite technology. Catching mere a mere glance of this aircraft in its testing phase near Area 51 gave rise to modern UFO conspiracy theories. But there is nothing like seeing it up close, so feast your eyes on this amazing clip of the Blackbird in action.