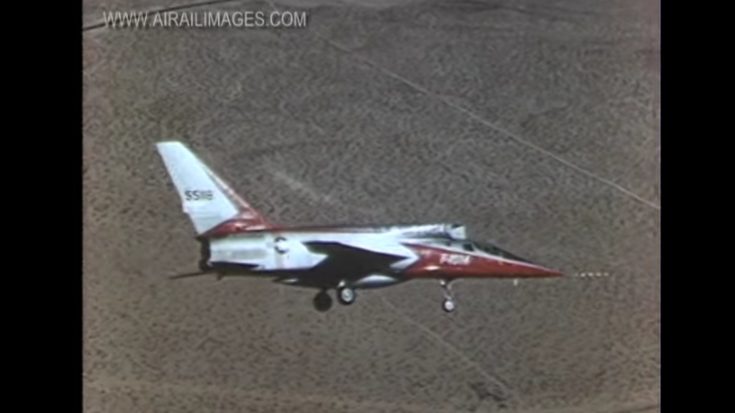 North American F-107s were designed to be the Mach 2 fighter-bomber of the ’50s. It was derived from the F-100 Super Sabre, but had incorporated many innovations and design features.

One of its interesting features were its dorsal-mounted variable-area inlet ducts. The intakes were there because the Air Force wanted to free up its underbelly for nuclear weapons. These ducts proved to be efficent and were later used on the A-5 and XF-108 desgins.

F-107s were powered by a Pratt & Whitney YJ75 turbojet with 24,500 lbf, enabling the fighter-bomber to have a maximum speed of Mach 2. It could also carry four M39 cannons or an M61 Vulcan along with 10,000 lbs of bombs on five hardpoints.

However, Republic’s F-105 Thunderchief eventually got the nod for production over the F-107s, ending the program prematurely.