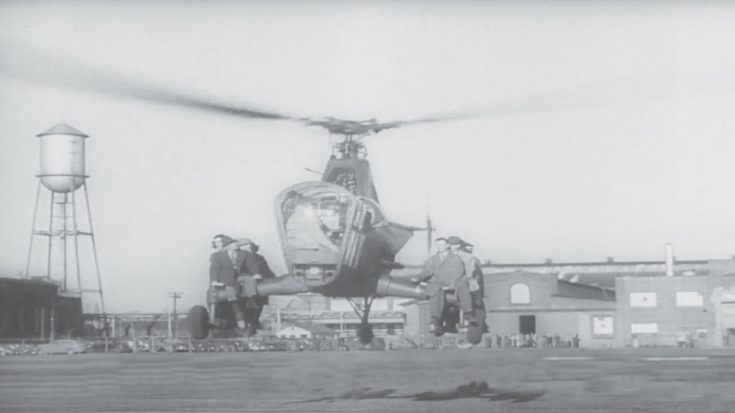 Looks Solid For Such A New Invention.

We know that all of us are warbird fans over here, but when we look for new footage or stories to show you, we often come across things that we can’t resist sharing with you. One of these things is this vintage footage of one of the earliest helicopters ever recorded.

Now we don’t know much about helicopters (especially ones from the 30s and 40s), so we had to do a lot of digging in order to give you some facts. Here’s what we found out.

Sikorsky Aircraft Corporation is based out of Stratford, Connecticut.

What you’ll see here is the Sikorsky H-5. As you all probably know, Sikorsky (now owned by Lockheed Martin), has had a choke hold on the helicopter industry for a long time. This footage proves that it was pretty much since they were invented by, well, Igor Sikorsky. From Sea Kings to Black Hawks, these people know helicopters.

The H-5 as you’ll hear in the video, was no different. Taking flight for the first time in 1943 and introduced to the United States Navy, Air Force and Marine Corps, these helicopters broke a lot of records. They were used up until 1957 primarily as utility and rescue platforms and were used most during the Korean War.