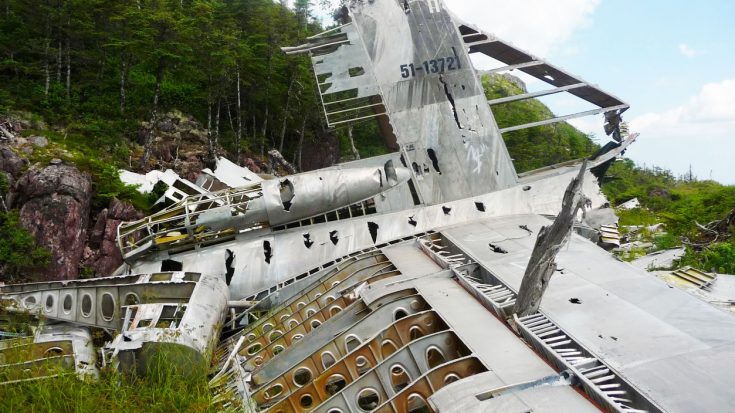 A Really Bizarre Course Of Events.

We found out about this incident after looking up crash sites around the world which you can visit. We weren’t really aware of this incident until now and let us tell you, the events of that day were quite shocking.

On March 18th, 1953, a B-36 Peacemaker crew was training for a 25-hour long mission with radio silence. They took off from the Azores (region of Portugal) and were headed to what is now known as Ellsworth Air Force Base, South Dakota. They also turned off their radars as part of the mission and were guided only by the stars. Then, the weather changed.

At about 4:00 am in the morning the crew flew into fog and freezing rain, limiting their visibility to a mere  1/8th mile (.2 km), and went off course. Flying into Nut Cove, Trinity Bay, Newfoundland, the crew clipped trees 100 feet below the hilltop and clipped their left wing on the ground. All 23 crew members died on impact, the debris scattering for nearly a mile.

The locals who saw the crash and subsequent fireball rushed to the rescue in the wee hours of the night, arriving at the crash site some 2 hours later. Seeing the mangled parts, they immediately knew no one could have survived the crash and called their local authorities who then got in touch with the 6th Air Rescue Group of the United States Air Force. Then tragedy struck again.

Flying out of their Harmon Air Force Base, Newfoundland, they failed to locate the crash site and turned around to fly back. The B-29 Superfortress with a crew of 10 never made it back to base.

Till today, Boeing SB-29-10-BW Superfortress, registration 44-69982, is listed as missing. The plane was never found.

Here’s a drone video of the crash site a hiker made and another video below it of others walking around the debris. They’re somber.