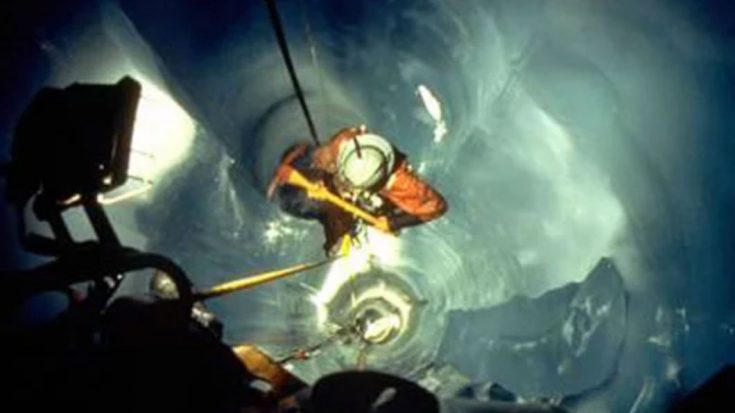 It still amazes us how dedicated some people are to the restoration of vintage warbirds. Some take decades to make airworthy and that’s just from a scrapyard. Between the money and time it takes to rebuild these birds to their former glory, the undertaking is massive.

Now imagine putting in the time to recover that aircraft from under 250 of ice before you even get started on the restoration.

Many of you most likely know this story already, but the P-38 Glacier Girl was one of six P-38s and two B-17s that had to make an emergency landing on an icecap in Greenland on July 15th, 1942 due to inclement weather. The crews were collected unharmed and the 8 planes were left there to be eventually covered by snow and ice.

It wasn’t until 1992 that the Greenland Expedition Society decided to uncover one of the P-38s which became what History Channel called an Extreme Aircraft Recovery in one of their episodes. Fast forward 10 years and she was already restored and back up in the air. She is currently owned by Rodney Lewis, the CEO of Lewis Energy.

Here are some official pictures we dug up from 1992. Talk about a big job.

Here’s an interesting clip we found a YouTube. It’s 20 minutes long but we’ve queued it up for you to the part where the expedition crew started boring. It’s interesting to see how they managed to accomplish such a massive task.