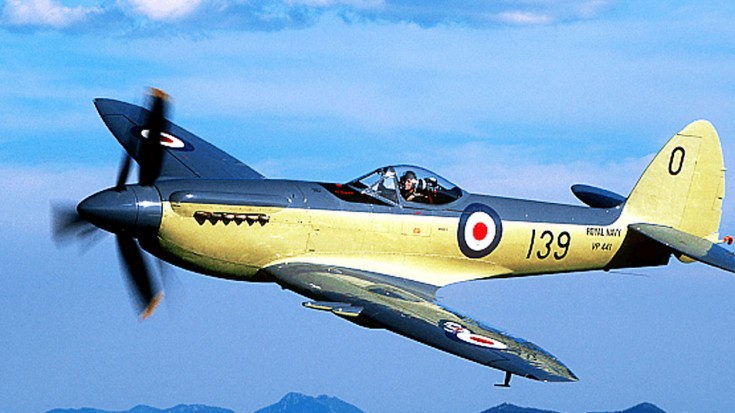 With His Own Airstrip And Countless Acres Of Land, He Can Fly It However He Wants To

If you’re following us, you already know who James E. Smith is. If not, here’s a quick rundown.

All you really need to know is that he worked hard to get enough money to be able to afford this Seafire. Not only that, but in our other videos you’ve seen him flying a Corsair and Mustang as well over his golf course. With that amount of room, he has been giving us the best shots of our favorite planes. For that sir, we thank you.

The FR-47 Seafire in this video was the final version of the Seafire and is the only airworthy example of this plane as of this writing.

The Supermarine Seafire is the naval version of the infamous Spitfire, a legendary fighter that was adapted for naval operations. They first took off on January 7th 1942 and proving themselves quite capable, Supermarine produced 2,334 of them.

The Seafire MK 47 in this video was the definitive version of the Seafire, a product of years of improvements. The most significant improvement over earlier versions was the swap from a Merlin to the more powerful Griffon engine. This gave it all the kick it needed to be a successful naval fighter.