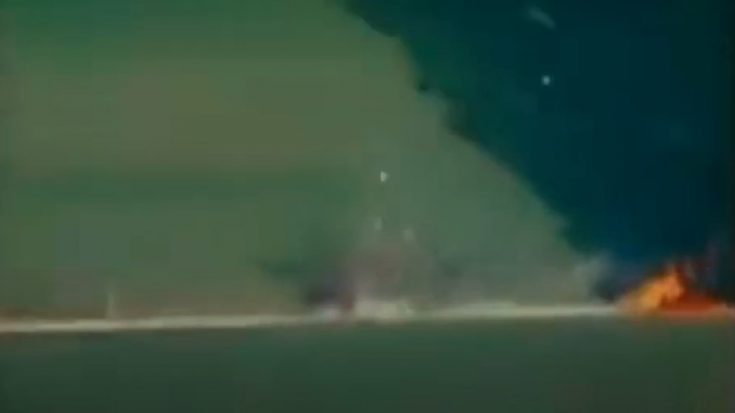 The “Jug” Coming In Hot On German Airfields

The P-47 Thunderbolt, also known as “The Jug” was an American WWII fighter aircraft that had big firepower. We’re talking about 6 big .50 cal machine guns in its wings and also an insane amount of durability.

They were able to take chances and get really low to AA guns since they were so tough. In this clip we find a Thunderbolt performing strafing runs on a field filled with the notorious Tiger tanks. You might say that the P-47 was a flying tank itself, so it’s just fitting that these planes executed this strafing run.

It’s not too common to find archival footage like this from WWII, especially in color. So it’s a treat to witness what these brave pilots had to do during their missions.