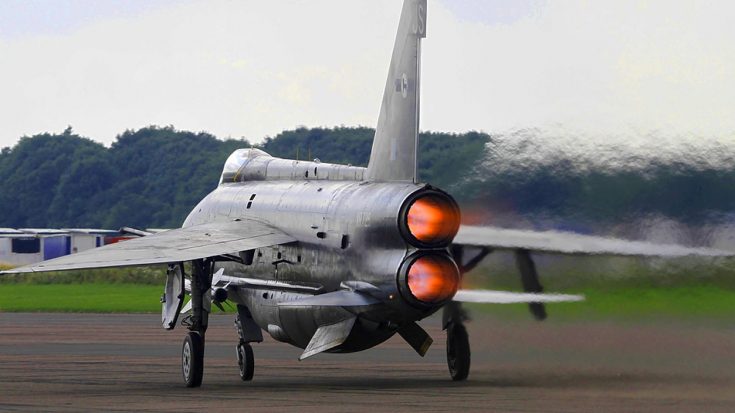 It was a time of tension, it was a time of fear, it was the Cold War. Knowing the world could end at any moment nations prepared for a possible apocalypse, while others prepared to stop it. Their fear of war led to one of the greatest advances in military history, the jets of the Cold War.

In the 1950s the world had entered the Jet Age and was making incredible advances in aviation. The Cold War prompted the military to integrate jet technology into planes to deter the advance of the Soviet Union. This gave ways to jets such as Buccaneer Bomber, the English Electric Lighting, the SR-71 Blackbird and the F-104 just to name a few.

“We endeavor to keep the aircraft in operable condition and to help us ‘exercise’ the aircraft we have two open days per year where any aircraft that are serviceable will carry out full power taxi runs along our main runway. This makes for an incredible spectacle and an ideal opportunity to get close to the aircraft.”

Once a year the Bruntingthorpe Aviation Museum brings out a collection of Cold War-era jets. Everything from a rare Victor Bomber, Electric Lightning, a Canberra and Buccaneer Nuclear Bombers. It must have been quite a challenge to assemble such a rare assortment of Cold War jets but seeing them in this video is nothing short of a masterpiece.