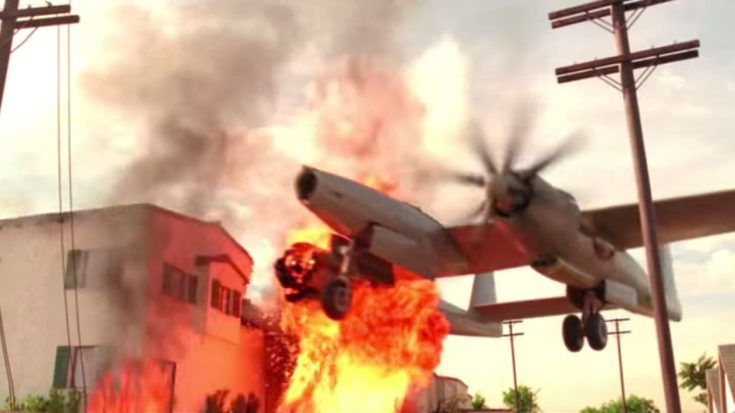 One Of The Best Aviators Of All Time.

We think that all know who Howard Hughes is, but if not, we’ll give you a quick rundown of this aviation legend.

Born to a well to do inventor, Hughes has been interested in science and technology from a very young age. A filmmaker, philanthropist, aviator, inventor among other things, here at World War Wings we’ll focus on his flying career. His XF-11 crash to be specific.

In 1946, Hughes flew his military reconnaissance prototype, the XF-11, for the first time. It was also his last.

During the flight (which was extended to twice the flying time due to Hughes ambition), a hydraulic leak caused the plane to pull to the right. Losing altitude fast, he aimed for a golf course but didn’t make it. He clipped three homes and crashed in a back yard.

No one in the houses was hurt, but Hughes nearly died in the crash. Also, the subsequent investigation concluded that the crash was due to pilot error.

Below you’ll find two movie clips. The top one is the original newsreel from that day which is full of footage and pictures of the damage caused by this crash. The second one is from the movie The Aviator starring Leonardo DeCaprio. If you’re interested in Hollywood’s take on this, it’s worth a watch. It’s full of CGI and the like, but it will give you a good idea how crazy this crash actually was.