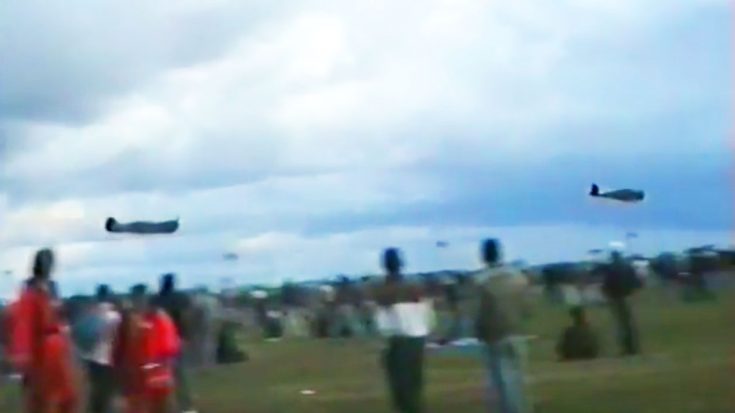 Although this is great to watch because of what you’ll be treated to, it might hurt a little. The reason is that not only are both of these great pilots no longer with us, airshows like this can no longer be performed.

As you all most likely know, Ray Hanna is a legendary pilot. Starting off with the R.A.F. (Royal Air Force) and later becoming one of the founders of the Red Arrows (think the Blue Angels of the U.K.) this man made flying his life. As you can imagine, his son Mark, followed in his footsteps and became an incredible pilot as well.

In this clip from 1992, you’ll see them mock dogfighting. Mark’s in the Zero replica and Ray’s in the P-40K Kittyhawk. This awesome piece of showmanship was performed during the Air Expo in New Zealand with hundreds if not thousands of people watching. And that’s where it gets interesting.

We’re all for safety and the FAA, but a show is a show. As you’ll see, these guys were dogfighting right over the crowd, something that would never be allowed to be done today. We get it. Things can go wrong and whatnot, but just imagine being there. A Spit and Bf109 on each other’s tails, buzzing over your head.