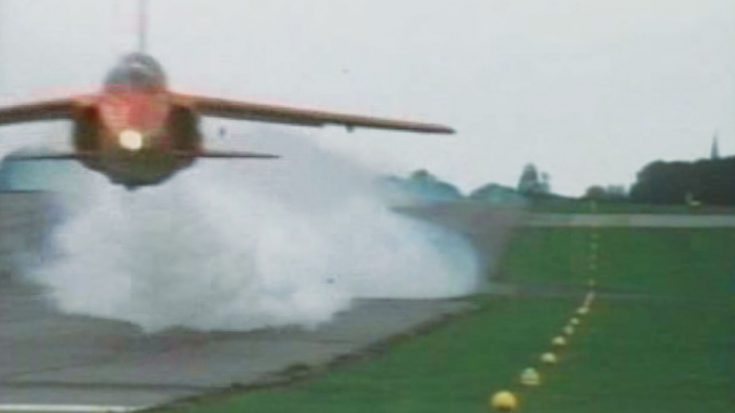 This Guy’s A Legend.

Ray Hanna. Born in New Zealand in 1928, flew and fought for the R.A.F and passed in Switzerland in 2005. A man of many talents including being a successful businessman, he was one thing most and foremost. An aviator.

Learning to fly at the age of 19, Ray flew everything from a Hawker Tempest to jets. A successful Squadron Leader, he was one of the original founders of the Red Arrows, U.K.’s premier display team flying for the R.A.F. They’re the Blue Angels of the U.K. to put in in perspective (we’re waiting for a fight to ensue by making this comparison.)

Hanna was the founder of the Old Flying Machine Company which curates and flies vintage planes at airshows around the world.

In this video, you’ll see some footage of Ray Hanna in his early days of flying with the Red Arrows. Although we don’t have the exact date, the quality of the video and the music would indicate that it took place sometime in the 70s. Ray, known for being the best behind the stick, did some incredibly impressive low flybys in this short segment.

If you’re wondering, the plane he’s in is a Folland Gnat. A British fighter, it was introduced in 1959 and was retired in 1979. Today, the Reds fly the BAE Systems Hawk which is a trainer developed in the mid-70s.