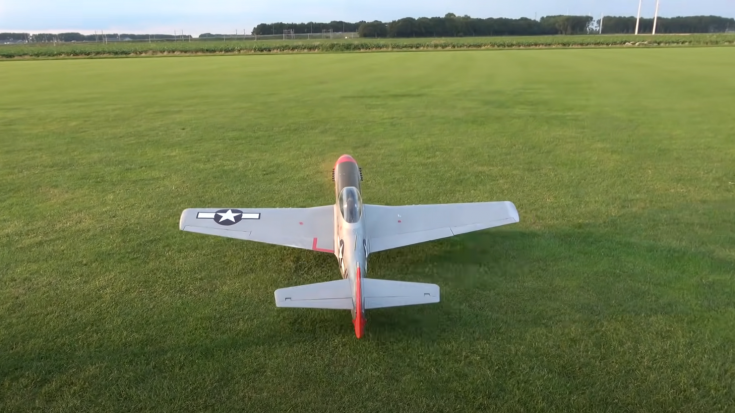 Stuart Warne RC didn’t have the proper space for his 1/4 scale full composite CARF Spitfire, so he sold it. Luckily for him, a friend of his had a spare, well-used, full composite 1/5 scale P-51D waiting for the right owner.

The P-51D had a RotoMax 80cc electric motor and an Aerostar 23×10 gas series wooden prop. He quickly set out to restore the RC model to flying condition and performed its maiden flight right after.

As expected, the RC aircraft flew tremendously well. It took off without problems and performed several low flybys near the camera. He even had to set his max throttle to 75% because it produced too much power!

Excellent flight characteristics aside, the main draw of this P-51D is the sound it produces. Even his viewers couldn’t believe that a remote-controlled aircraft could sound like that.