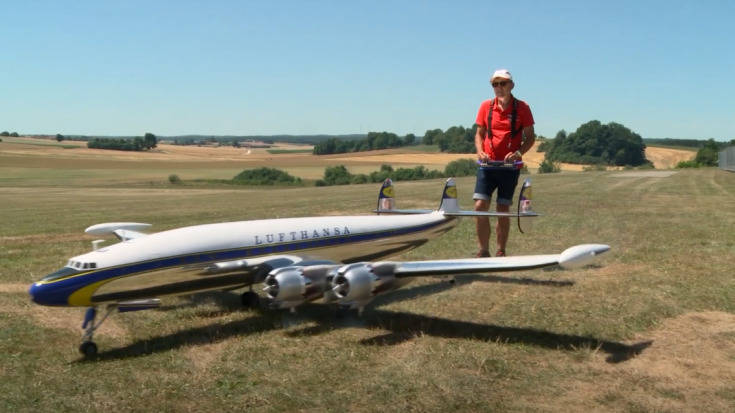 A Little Falling Out

Siegfried Knecht’s 1:10 scale Super Constellation was quite a showstopper at the Airliner Meeting held at Oppingen in 2022.

The RC model measures 11.81ft in length and has a massive wingspan of 15ft. In addition, it’s also powered by four gasoline Laser 100 single-cylinder 4-stroke engines.

Before starting up, all four of its engines must be started individually with the use of a hand starter and glow plug connector. This time, however, Knecht’s plane had a tiny problem. While the engines were getting cranked, a glow plug connector fell out. Luckily, another person saw it play out and alerted the pilot to correct the problem.

The plane flew a few times over the airfield and even performed several low passes. After its impressive showing, the aircraft landed and was greeted with applause.