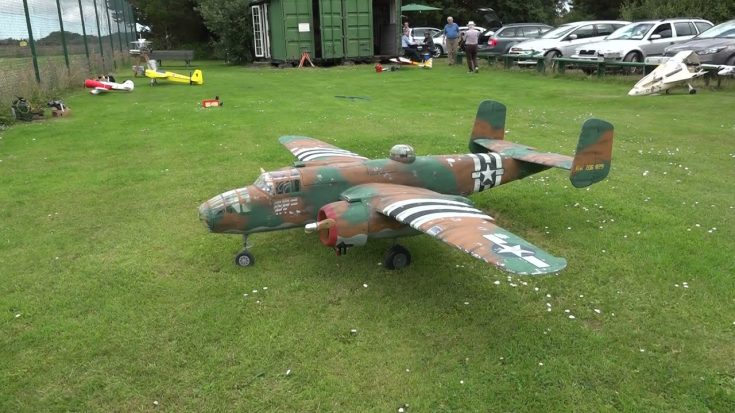 Replacing The Old With The New

Tony Greene recently lost his remote-controlled B-25 Mitchell in a crash. Though some might feel disheartened by this, Tony did not.

Instead, the RC warbird fanatic decided to take his time to build another one from a kit he had bought. He also used parts from the previous model, such as the engines and other hardware.

In the middle of the video, we see Tony fly the huge bomber over an open field. The remote-controlled aircraft flew smoothly through the air while the roar of its loud engines could be heard from the ground.

After the flight, Tony can be heard saying, “Happy this time.” With how hard he worked for this warbird, who wouldn’t be happy for him?