RC B-25 Mitchell Nearly Wipes Out A Guy, Misses By Mere Inches 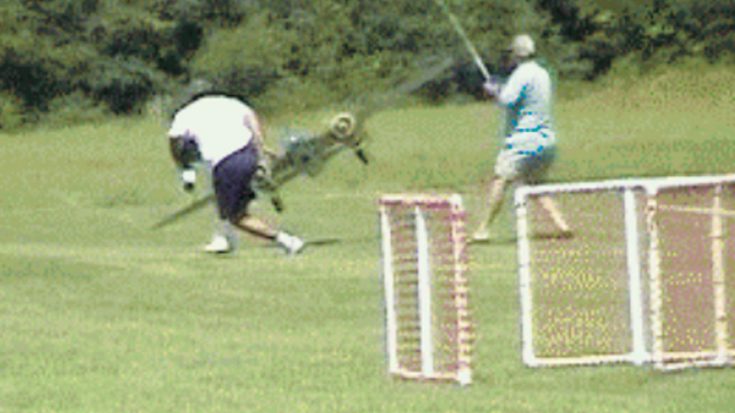 This Is Why You Don’t Stand In The Flight Path.

Rc flying is a pretty spectacular hobby. You get to use your hands and build your favorite warbird and take it out flying virtually any time you want. Sometimes, however, they fight back.

Can’t blame this on the plane of course. It’s the pilot behind it that who is controlling the flight surfaces after all, so be it wind or a technical mistake, the blame is all on him.

As you’ll see in this short Gif (sorry, we couldn’t find the original video), one of these guys got away with grass stained pants in a situation that could have ended much, much worse.

An Rc model like this can cost anywhere from $15K to $40K depending on materials used and engine size.

Standing on the glide slope, the pilot tried to maneuver his giant Rc B-24 Mitchell in for a landing. At the last second however, there must have been a crosswind or he might have made a mistake because the plane took an unexpected turn and nearly wiped out his friend.

By the size of it we’re guessing this Rc was powered by at least 250cc engines so a prop strike could have done some serious damage. Could have even killed him.

All in all, it’s an exciting video because everyone was alright. Except for the plane of course. That thing’s gone for good.