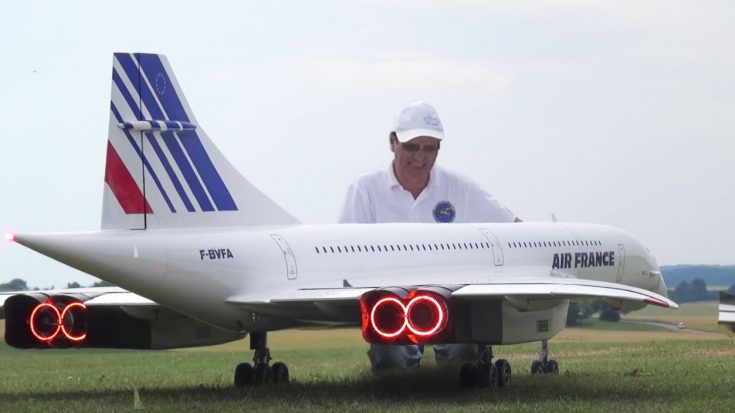 How Cool Is That?

We’ve got to admit, we weren’t always Rc plane fans, but after starting World War Wings we were pushed head first into the deep end. Since we spend hours upon hours researching cool World War II aviation facts and videos, we were inadvertently introduced to remote controlled planes. Seeing all the mini Corsairs, Thunderbolts and other planes with their small scale radials, we fell in love. Now, we’re even deeper into it.

What we mean is that once you start watching one video, ten others are suggested to you and you just can’t ignore them. Especially if they’re massive and rare, as is the case with this clip we found on YouTube.

The guys in the video built not one, but two Concorde models with jet turbines. They look beautiful and sound beastly, but the way these guys fly them is as good as it gets. Several times over the course of the video you’ll see them performing really low passes right next to each other, something a novice couldn’t pull off without smashing his model to bits.

Check it out. These things are impressive.