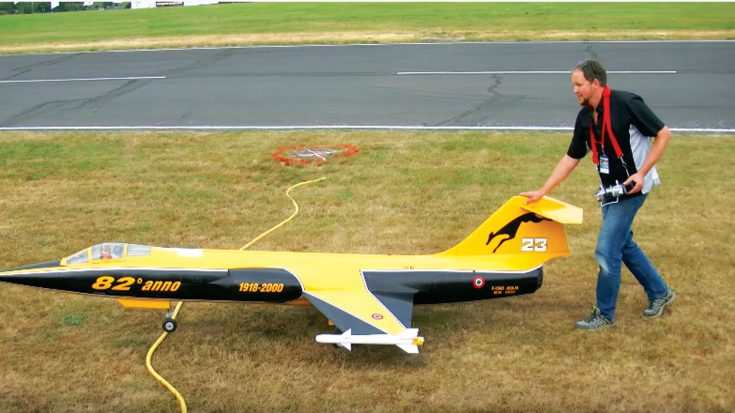 Here’s one of the newest videos from the Youtube channel Rc Media World. We follow them pretty closely as they have some of the best videos of Rcs anywhere and tend to get videos of the best shows. This one is no exception.

We’ve shown you many Rc videos and if you remember, the most spectacular ones come out of Germany and Austria. We’re not sure why, but some of these guys are obsessed with American World War II planes especially, showing off some of the best looking and sounding Thunderbolts and Lightnings. This one is a bit different though.

In 2016, the Jetpower Fair in Bad Neuenahr Ahrweile Rc airshow in Germany brought in some fancy handiwork. In this case, an F-104 Starfighter. We haven’t seen one this big yet so it was a nice surprise. To make things even better, the pilot (whose name we couldn’t find) was really good too.

For those of you who don’t know this plane, here’s a quick scoop.

Introduced in 1958, the Starfighter was a supersonic interceptor built by Lockheed. Over 2,500 of them were made and many still fly today in private hands.