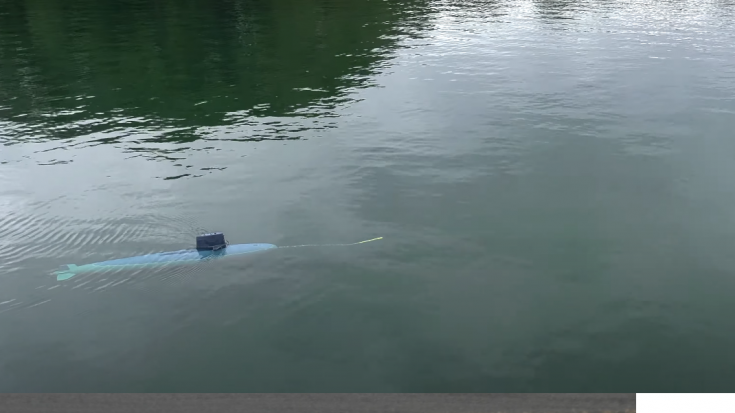 If RC aircraft can drop bombs, then submarines should be able to at least fire torpedoes.

Dave, the owner of this RC submarine, says there are many ways to launch a torpedo. The two main methods are an electric system and a gas-propelled system. For simplicity’s sake, he uses the latter. 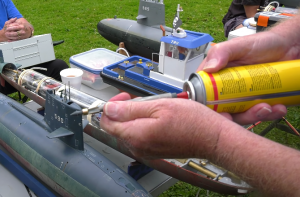 The torpedo is first filled with butane gas and is then loaded into the submarine’s front. After finding a suitable, open location, Dave fired the torpedo at around the 6:15 mark of the video.

All in all, the projectile traveled for only about three feet. According to Dave, the launch would have been better if he had put more gas inside the torpedo.