REAL Footage Of Red Tails Taking Down Me 262s 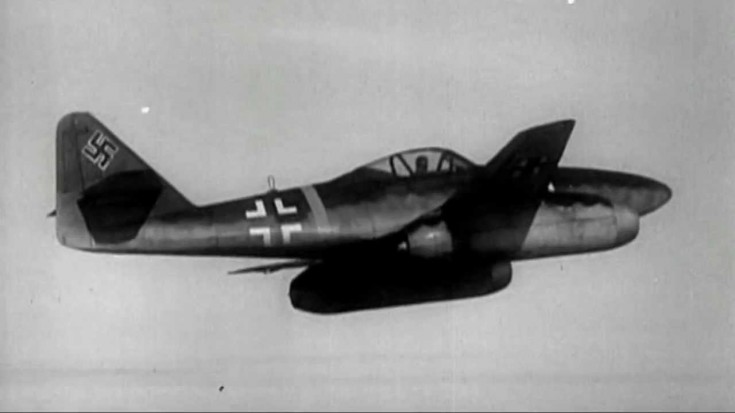 During World War II, the Untied States was still heavily segregated, Jim Crow Laws making sure blacks and whites were kept as far apart as possible. This of course also applied in the military, black Americans being given lesser roles such as supply, maintenance and transport. Higher ranks and ‘notable’ positions such as piloting were reserved for whites only. In 1941 however, that changed when the 99th Pursuit Squadron was activated in Illinois, U.S.

When they tell you you have the best fighter plane in the sky and all of the sudden you see a couple fellas come and fly rings around you…it’s a pretty helpless feeling.

The Tuskegee Airmen were the first African-American airmen in the United States Armed Forces. Though racially segregated in every aspect of their training and flying, these men faced their adversity head on and proved to be some of the best fighter pilots. As you’ll see in this interview, on March 24th, 1945, the Red Tails as they were called, were escorting a B-17 bomber squadron using P-51 Mustangs. Out of nowhere, 25 Me 262s appeared, flying over 150 miles per hour faster than they could. As you can imagine, that was a scary sight as Me 262s were kept top secret and until then not many pilots have see them. The Squadron did not give up however and figured out a way to shoot down three Me 262s on that single day.