Real WWII Radio COMs Of A Lanc Getting Intercepted 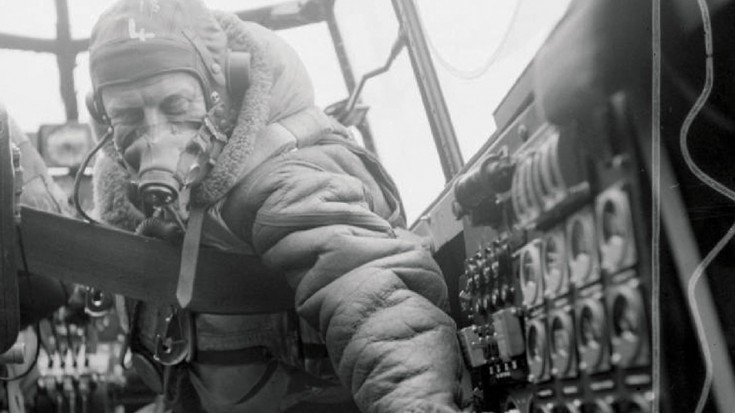 Looking At Statistics, It’s Crazy They Talked So Calmly.

We’ve seen plenty of World War II footage doing what we do, and some of it is heartbreaking as you can imagine. Air losses were so high during this war that there is no shortage of footage of airmen falling from the sky to their deaths. Times were horrid, and these were the results. This is why it was (sort of) refreshing to find a video in which the good guys made it out alive.

Although the visuals are probably a representation from various movies/documentaries, they supplement the real audio very well. From the description, we gathered that these COMs were taken from an Avro Lancaster and its crew.

These young men were flying on a bombing mission when all of the sudden a gunner spots an intercepting German plane heading toward them. Talking back an forth, they had no choice but to engage or face being shot down.

We’re not going to give you the rest of the story here as their COMs tell a better story than we can here. Do notice, however, the calmness in their voices. One would figure the tenseness of the situation would call for different behavior, but as you’ll hear, these guys were as cool as ice.