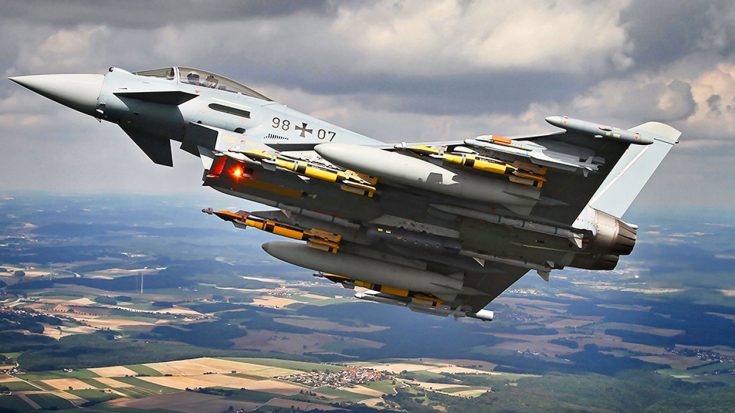 There are few situations worse for a nation than being caught off guard by an enemy. You hope for the best but prepare for the worst, and that is where training pays off. The German Air Force is no stranger to threats, so they are ready 24 hours per day to scramble into action against their enemies.

As part of NATO’s coalition, the German Air Force encounters threats quite often and their pilots are always ready. The aircraft of choice for these skilled pilots is the Eurofighter Typhoon which can fit several situations. As a multirole fighter, the Typhoon is suited for dogfights, intercepting aircraft, and air-to-ground attacks if the situation requires.

“In exercises, the Typhoon has quickly established a reputation as one of the world’s most formidable dogfighters, with high maneuverability and energy preservation characteristics. Advanced helmet and g-suit equipment allow Typhoon pilots to take advantage of these qualities to excellent effect. The Typhoon also has excellent Beyond-Visual-Range (BVR) combat capabilities, carrying the AIM-120 missile and having a lower radar cross-section than any fourth-generation fighter.”

Germany is home to 36 Eurofighters and at least two are on standby at all times to police air traffic. In this short video, you can see just how fast pilots in the German Air Force scramble from the sound of the alarm and into the sky.