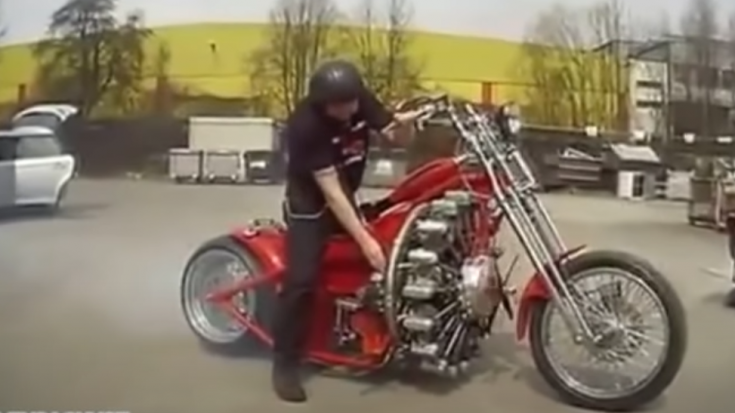 This motorcycle called The Red Baron is powered by a a 150hp nine-cylinder Rotec Radial R3600 aircraft engine – yes, you read that right. Its German owner Frank Ohle spent 18 months working on it. It’s no easy feat, obviously because he had to customize every part of the bike. Ohle is undoubtedly a fan of unusual and unconventional motorcycles.

On paper, it probably wasn’t the best idea but hey, the video below clearly shows that somehow, Ohle made it work. The noise, plume of smoke, and its stunning looks – The Red Baron definitely makes heads turn. It’s a beast.