Red Bull Pilots Are Still Stunned By The Spitfire 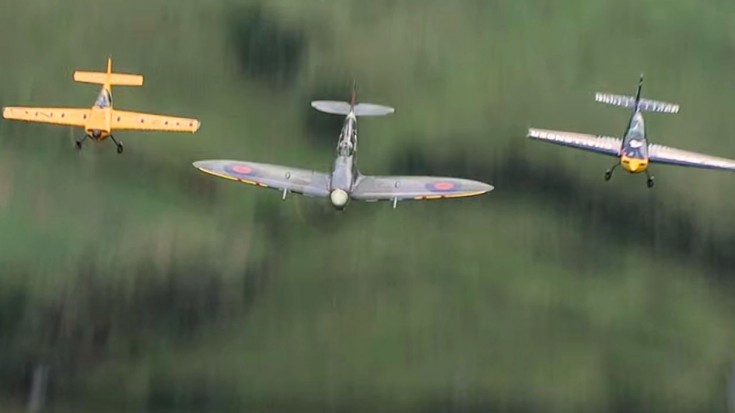 Red Bull has a big reputation of pushing the limits of sports and sponsoring new and innovative competitions. In 2014, one of their sponsored air races took place in Ascot, England, where British pilots Paul Bonhomme and Nigel Lamb took a break from practice and had the opportunity to fly a Spitfire. Not only that, they flew it in for the opening of the show! Nigel Lamb’s father flew a Spitfire in Britain during the war, so for him it was a very emotional experience.

You don’t fly a Spitfire because of its handling qualities…you fly it for nostalgia, the history, the smells, the feel.

Both of the pilots, who now fly top of the line, fast and agile planes were still stunned at how an 80 year old Spitfire handles. They tested it out and confirmed that it’s still a beautiful, great sounding plane and they love to fly it. They roll and loop, having all the fun they could while they were allowed to fly the Spitfire. Great footage!