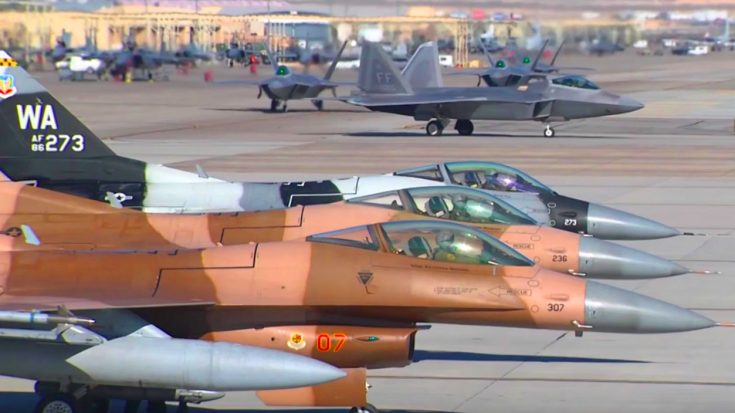 Once a year the annual Red Flag Operation begins at Nellis Air Force Base in Las Vegas. This operation is the largest and most intense combat exercise used by the United States Air Force which includes teams from multiple bases.

All across the country these combat jets line up and assemble the best of the best to prove that they can stay on top. This year’s Red Flag marked the first time that the F-35 lightning made an appearance at the exercise and scored a surprisingly high 15:1 kill ratio thanks to an F-22 is a supporting role.

“The F-35 mission was to get in undetected and hit targets, so we weren’t there specifically for air to air role. Our ratio has gotten better but I don’t have the final numbers. We saw an improvement in our pilot’s proficiency throughout Red Flag and that number was just F-35 kills and depth.” 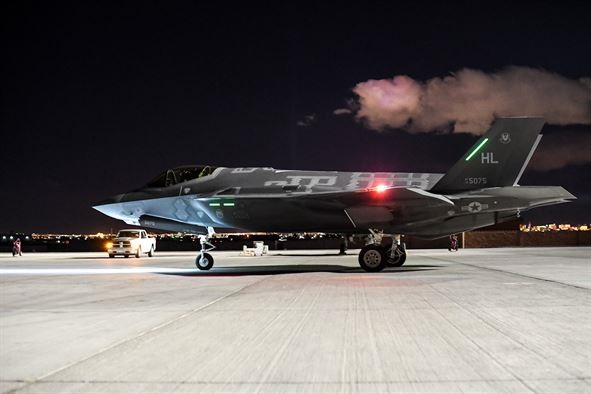 Here in this lineup, they have assembled fighters which include F-16CJ, F-35A, F-22A, F-15C, EA-18G, FGR-4, B1-B, F-16C. These fighters flying off in succession show that they really know what they are doing and is an astounding sight to see.