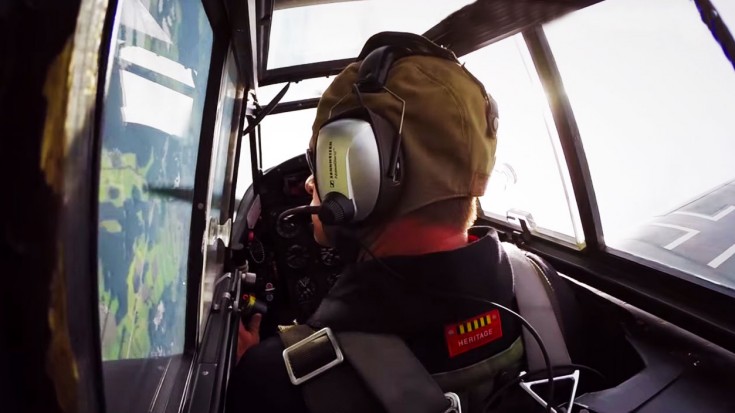 Her Restorers Gave Her A Lot Of Love And Care

Messerschmitt Bf 109s were developed in the early 1930s by Germany. Looking to build a superior fighter plane, they set out to make what became the most advanced fighter plane for many years to come. With a closed canopy, retractable landing gear and all metal monocoque construction, no other fighter plane came close. Though built as an interceptor, later variants served in a variety of roles including fighter-bomber, ground attack aircraft and reconnaissance aircraft to name a few.

The Bf 109 G series, or Gustav, were produced in numerous variants and most notably were given a more powerful Daimler-Benz DB 605 engine which produced 1,455 horsepower.

The Red Seven in this video is a G-4 variant. She was recently fitted with the original Benz engine, replacing the Merlin she had before. Built in 1950, she was one of the sanctioned Bf 109s built in Spain. Over the course of her life, she had some bad luck, belly landing several times, in one incident getting her entire nose ripped off. Luckily, someone always came and put in the time and money to get her back in the air. Although built as a Hispano (Spanish built version of the Bf 109), over the years she was restored and made into the G-4 version you see today.