Refueling In the Air Scene from Gathering of Eagles 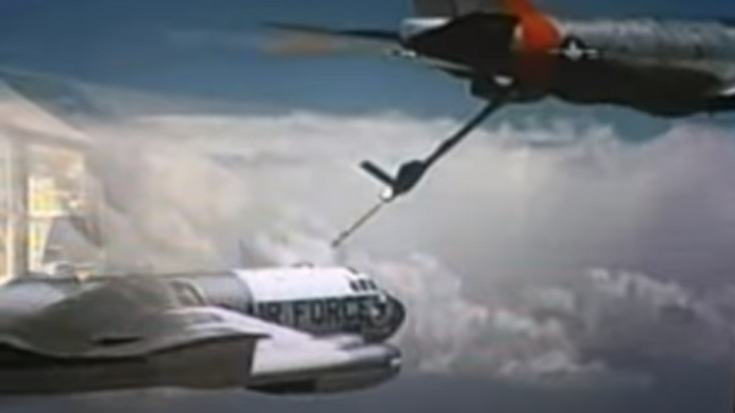 Stratofortress Refueled By A Stratotanker

A lot of scenes from “A Gathering of Eagles” involving airplanes were actually real exercises – with it being a film from the 60s and all.

The filming was done at Beale Air Force Base in California with the 456th Strategic Aerospace Wing. Aside from using the base’s facilities, the film crew also used the B-52 Stratofortress, KC-135 Stratotanker, and T-33 Shooting Star.

Watching massive warbirds get their tanks refueled while flying is still somehow extraordinarily remarkable. The fact that this “maneuver” alone was thought of and was also feasible has got to be one of the best achievements in aviation. In addition, it’s apparently one of the hardest maneuvers to pull off.

This scene alone should convince you to watch the whole movie. Watch the short clip below!