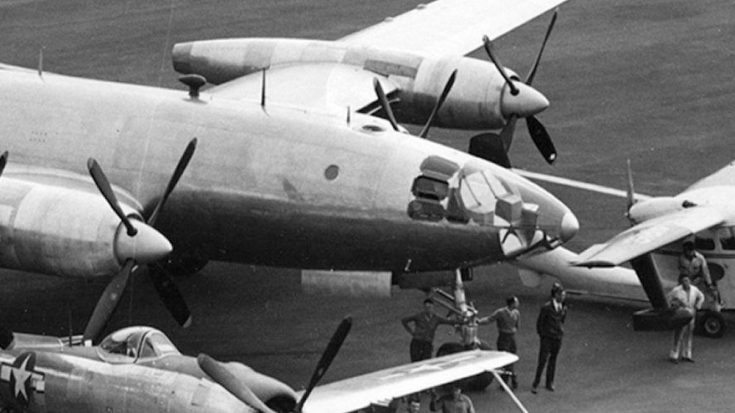 When we look for new footage or stories to share with you folks, sometimes we’re taken aback by how much rare footage you can find floating around on the internet. Especially of aircraft that were built over 70 years ago and only flown in experimental phases.

FUN FACT: The XP-12 Rainbow’s engine nacelle was as long as a P-47 Thunderbolt.

One such example is of the XP-12 Rainbow of which we found test flight footage. First taking off in 1946, Republic (the makers of the famous P-47 Thunderbolt) made this reconnaissance aircraft for the Air Technical Service Command which wanted an new aircraft with a speed of 400 mph, service ceiling of 40,000 ft. and range of 4,000 miles.

Republic made two prototypes of this aircraft and although they met all the Air Force’s expectations, in the end it was too little too late. Boeing already altered their proven airframe of the B-29 Superfortress to a B-50 (faster and reconnaissance capable variant) and was already working on the RB-47 Stratojet with was, well, a jet powered aircraft.