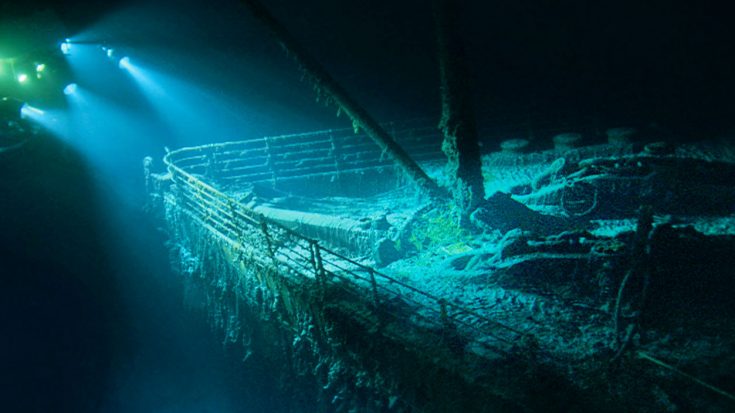 Dr. Robert Ballard is an oceanographer often credited with discovering the remains of the Titanic. Earlier this week he spoke about discovering the Titanic while celebrating the 20th Anniversary release of James Cameron’s film. However, the Royal Navy objected to his claim and they stated that they discovered it first in 1977.

In 1985 Dr. Robert Ballard was contracted by the United States Navy on a covert operation to discover the remains two nuclear submarines the USS Thresher and the USS Scorpion in the North Atlantic. Ballard finished his investigation of sunken vessels finding that their nuclear cores posed no threat to the environment. His operation still had time remaining so his submersible decided to do more exploring in the area before it was scheduled to return. As luck would have it, Ballard’s vessel came upon a trail of debris and they followed it until they at long last found wreckage of the RMS Titanic.

The world rejoiced as Dr. Ballard announced the discovery of a lifetime and it also proved to be the perfect cover for the Navy’s real expedition which remained classified for some time. But not everyone was so enthusiastic about Dr. Ballard’s team making that claim because the Royal Navy said they were the first in 1977.

So if they discovered it in 1977, why did the Royal Navy stay quiet on the discovery? A Royal Navy researcher named Steve Anderson admits they were using advanced at the time was so advanced that they didn’t want anyone to know it existed, especially the Russian subs they were searching for in the North Atlantic. While using this technology they found two very large metallic chunks which they identified as the remains of the Titanic. They chose to keep quiet on the discovery of a lifetime in order to keep a strategic military edge over their enemies.

Needless to say, Anderson is not thrilled that Dr. Ballard takes the claim for the discovery of the Titanic. He thinks it is way too coincidental that it occurred during a Navy mission.

So where do you stand on this issue? Which Navy do you attribute to the discovery of the Titanic or is it just more conspiracy theory bunk? A more extensive look at Project SOLLIS can be viewed at this link from author Paul Lee.