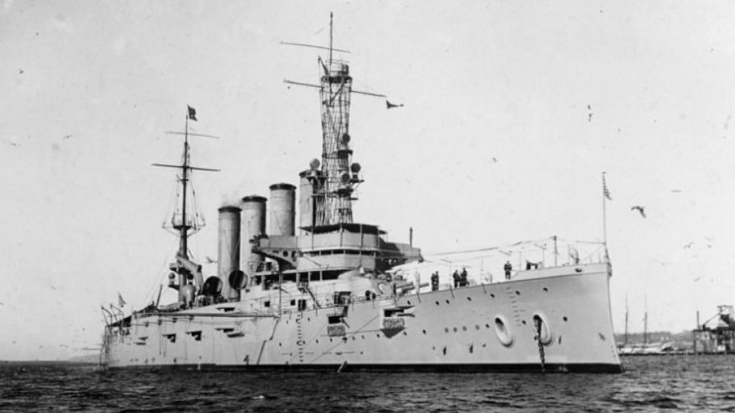 During World War I, the United States only lost one major warship, the USS San Diego. 100 years ago, the armored cruiser met her fate eight miles off the coast of New York. For over a century no one has been able to explain why she sank, until now.

On July 18th, 1918, an explosion shook the hull of the USS San Diego and the vessel sank 20 minutes later. Six sailors lost their lives as the floor armored cruiser sank to the ocean. Researchers from the Naval History and Heritage Command have been investigating the USS San Diego’s shipwreck for clues to what sank her. Now they have announced that they a German U-boat was the culprit.

In July of 1918, U-boat U-156 was off the coast of Long Island hunting cargo ships. Evidence shows that U-156 attacked the USS San Diego with an undersea mine causing the explosion. Two days after the incident, U-156 would go on to carry out the only attack on American soil during WWI.

“For most Americans, World War I was a conflict fought abroad, in trench warfare, on land. However, the sea itself played a defining role in the turn of the war.”

Researchers had a hunch about the attack, but now evidence can put the mystery to rest. The USS San Diego is regularly visited as an artificial reef, you can see an exploration in this video.