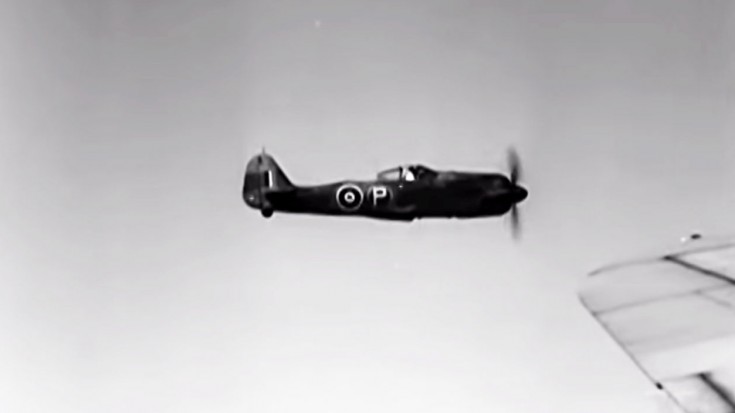 This great training clip from World War II was used to train Allied fighter pilots how to spot a Focke-Wulf 190. Captured during the war, this 190 was repainted to a British scheme and used for this informational footage. The narrator carefully explains what to look for when trying to spot them at every approach angle.

Here are some takeaways:

This is a really great tutorial for us aviation lovers, let alone the pilots that actually needed this information. Often given minimal training, this video is quite comprehensive. The narrator warns that the Focke-Wulf is not to be reckoned with, as it is Germany’s most revolutionary fighter and the first to have a radial engine. Fast and agile, they were used for attacking Flying Fortresses and Lancasters, and should be engaged whenever  spotted. To finish off the video, they adequately show a Thunderbolt engaging the 190 in a dogfight, probably increasing morale 10 fold!