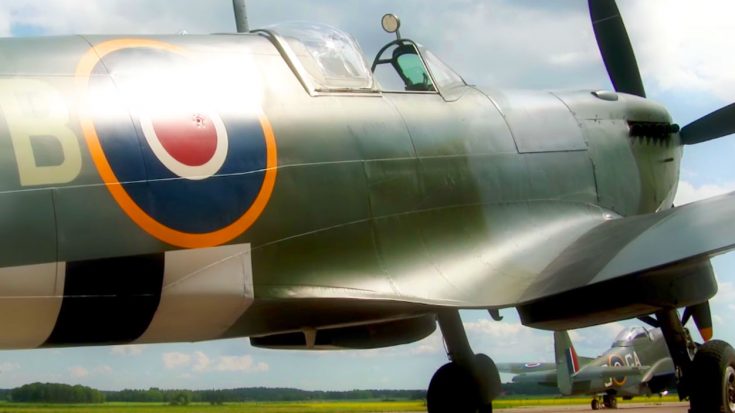 The Supermarine Spitfire or the North American P-51 Mustang? For decades aviation fanatics have debated amongst themselves for which of these two was the best Allied fighter plane of WWII.

The Spitfire proved itself the be the champion of the Battle of Britain, while the Mustang smashed the Luftwaffe in the skies over Germany. Everyone has their favorite but it is hard to determine the superior fighter because they never actually got to go head to head against each other. These two fearsome fighters were too busy taking down the Luftwaffe to worry about which plane is better.

You don’t have to worry about which of these fighters are better because in the beautiful film you get both of them at once. Seasoned filmmaker and aviation fanatic Jesper Rådegård never fails to capture warbirds in their full glory when he takes aim to the skies. So don’t delay, check out the brilliant cinematic side of the North American P-51 Mustang and the Supermarine Spitfire as the Norwegian Spitfire Foundation takes them for a spin.