“Rotor Kite” Deployed From A U-boat 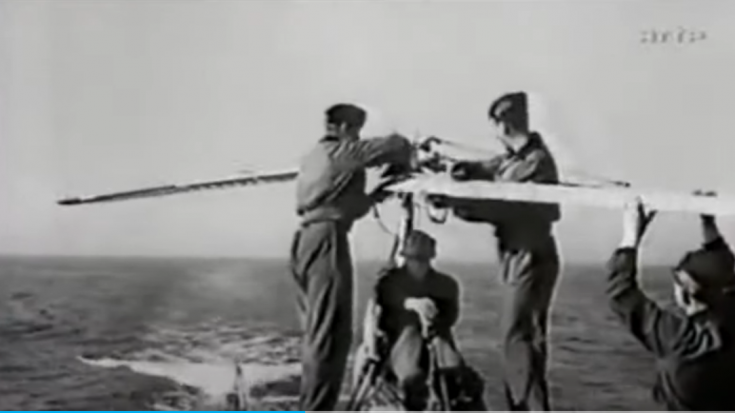 The Fa 330 was a rotor kite that could be deployed to the submarine’s deck and was tethered by a 500ft cable. These rotary-wing kites were designed by Focke-Achgelis and were called the Bachstelze or Wagtail in English.

Bachstelzes were towed behind German U-boats during WWII to widen the lookout’s perspective at sea. By that point, the airflow on the rotors would spin the observer/pilot aboard, raising them approximately 390 feet above the surface. In doing so, the observers get to increase their visibility to about 25 nautical miles, compared to the usual 5 nmi.

Interestingly, the Fa 330s were only operated in the far southern parts of the Atlantic and Indian Ocean as the Allies held too much control in the other theatres of war.

Still, the use of this vehicle resulted in only one documented sinking of a Greek steamer in August of 1943.