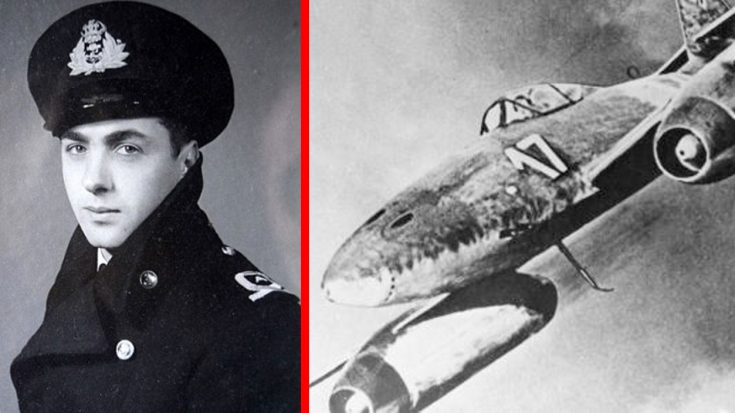 The late Eric “Winkle” Brown was a test pilot from Great Britain who had many stories to tell. In his time he flew almost 500 aircraft and went down in history as the most decorated pilot in Royal Navy history. Among the planes, he flew many of them were captured Luftwaffe aircraft and the learned many of their secrets.

Eric Brown considered the Me-262 to the most formidable fighter of WWII, with its speed and performance, unlike any other plane. Flying in a captured Me-262 he had nothing but praise for the advanced jet except for one thing, the unreliability of the engines.

“German axial flow engines have a scape life of 25 hours because they didn’t have the strategic metals to withstand heat stresses at that time.”

In fact, most Luftwaffe pilots were probably unaware of its weakness which laid within its materials. After WWII Eric Brown had a discussion with Adolf Galland who mentioned that the stresses on the metals sometimes brought them down to 12 hours of flight time. If the Allies would have just let them fly on their own the Me-262 would have torn itself apart. They would essentially just live fast, die young and leave a pretty-looking corpse.

Eric “Winkle” Brown gives his testimonial on test flying the Me-262 in this clip.