Russian Fighter Races A Lamborghini | Who Takes It Initially? 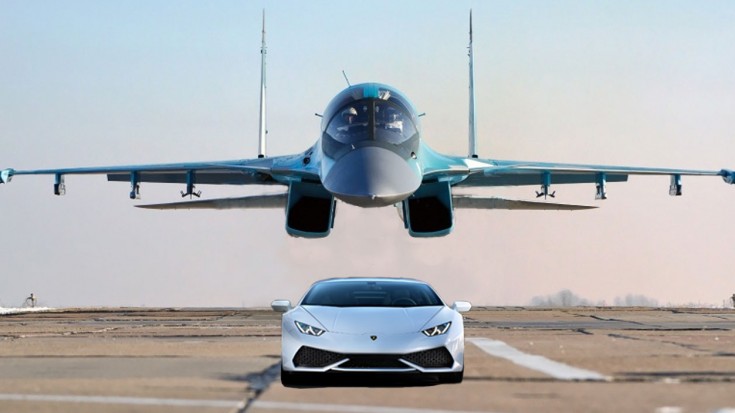 You Don’t See That Everyday.

In life, many things can happen that can not be explained but those things don’t have to be necessarily bad. Take this clip we found here as an example. We don’t know how this came to be, but somehow it was orchestrated and it happened. We’re sure glad it did.

Judging by the background sounds and the logo in the corner of the video, it seems like this might have occurred in Russia. The Flanker might be a dead giveaway too, but then again many countries in Europe use these awesome jets.

As for the video itself that we still didn’t manage to get to, well, the airshow wanted to treat their spectators to something special. This is why they lined up an Su-27 Flanker next to a Lamborghini Huracan.Yes, you read that right!

Of course, top speeds are no match. That’s a no brainer. Did you ever consider acceleration though?

The Flanker is propelled by two massive jet engines, however, the weight of the plane offsets that. The Lamborghini on the other hand is very light and extremely fast for a car. So, when it comes to 0 to takeoff, who will cross the line first?